A Guys and Girls take on a classic food debate. Provolone cheese or Cheese Whiz on your Philly Cheesesteaks?

Ray's Intro: I'm a big fan of beef, cheese, onions, and bread. Put them together and you have an awesome creation. I've had them all over the US, and my favorite place to eat one is at the original, Pat's King of Steaks in Philadelphia, PA. There is also a competitor called Geno's Steaks across the street, and I was never too into them. The reason being is that they focused on cheese whiz as a topping as opposed to my beloved provolone. That just seemed like it would ruin the taste for me, so I steered clear. But, as someone who professes a love for cheesesteaks I felt like I had to try them both ways. So I invited my friend Bailee over to get a female perspective on the situation, and we had ourselves a good old fashioned food showdown.

Bailee's Intro (AKA "My Beef With Philly"): Set somewhere deep inside me, with origins I will explain, is an instinct to instantly be competitive and incredulous of all things “Philly.” That comment sounds quite harsh, but I spent 6 long years of college with two very close friends that hail from the City of Brotherly Love who found very little of that love to show towards all things Pittsburgh, the city that is part of my genetic code. To be fair, the banter is all set in the spirit of playful competition, waging bets on everything from baseball games (I always bought dinner after those ones), to whether Food Network aired more specials highlighting our artery cloggers’ over those consumed by the city with an arbitrary mascot (really, a “Phanatic”? It's not a real thing, its confusing to children). Now that I discovered Ray is having a prolonged identity crisis with split allegiance to both Pittsburgh (his home) and Philly (he only thinks their baseball hats are cooler) it only further fueled my desire to be a touch difficult and so began our cook-off between the original cheese whiz Philly Cheesesteak and the adapted version of the Provolone Cheesesteak.

Welcome to Kitchen Stadium (Bailee breaks down the rules):

We kept all factors the same, minus the cheese. Our set up included fresh Italian bread, shaved steak (real not steak-ums) and carmelized onions. We deviated from the 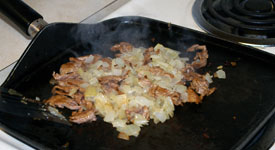 “real” Philly cheesesteaks, because I don’t recollect Pat and Gino serving me steak that looked like it ever moo’d (but it’s been 5 years, so my memory could be getting foggy). We cooked up the onions and meat, heated up the preservatives, oops, I mean Cheez whiz, and assembled the sandwiches...here are the results.

Ray's Take: How could I lose here? I got a chance to eat two different kinds of cheesesteak sandwiches and had enough meat left over to make another couple days worth of midnight snacks. Perfect. I will admit, I wasn't as negative as Bailee about the whiz, but I thought the provolone would win out. But I kept an open mind, poured the Heinz ketchup on top of the whiz, and went to town. And it was good. Real good.

I'm a big fan of letting meat do it's own flavoring. I don't want sauce on my steak unless it's fried and breaded country style. People who pour steak sauce on a filet mignon make me want to scream. So the thought of ketchup and processed cheese on top of beef just didn't seem right. But it was. The provolone was good as always, but there was something extra about the ketchup and cheese that gave the sandwich a great flavor. And those midnight snacks over the next few days? I made four whiz versions, and one provolone. Yep, I did that by choice.

Bailee's Take: When the idea of this battle of good vs. evil was presented to me I drew my conclusions immediately. The "good" was cheese of which the origin is not a manmade mystery, aka. provolone. The "bad" was the cheese that stays on the spoon in a dollop after repetitive shaking, aka. cheez whiz. I knew I would love the provolone and despise the “cheese” whiz version.

So despite the fact that my skepticism of the ingredients in the original style sandwich with the whiz nearly kept me from consuming it, I finally bit the bullet, or the loaf (Ray portioned out the sandwiches for a linebacker) and much to my chagrin, I loved it! If I could get out of my head with each bite the thought that the cheez whiz was sticking to my internal organs like it did to the spoon, I found myself picking up that sandwich over the one dressed with provolone and finishing it first 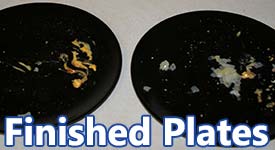 Who knew that a life lesson could be learned that evening in the man cave Ray calls home. Not only did this defeat my preconceived notions of the nastiness of cheez whiz, and judging taste by outdated, underfunded packaging, but it proved for me the validity of some things Philly. I would say this man-friendly meal was a huge success and for the first time in the Miller home, situated in Polish Hill, Pittsburgh, PA I will allow something of Philadelphia origin to grace the plate of my future dinner guests (but I will make everyone wear a Pirates hat during dinner).

So there you have it. In the first Bro Council Food Showdown, we have a winner. And it's cheese whiz. I guess the next time I'm in Philly I'll be getting a "Pat's wit whiz".

(Full disclosure: I'll get a provolone too. I just love those sandwiches, and one isn't enough.)

Here are a few pictures of our meal to get you hungry: 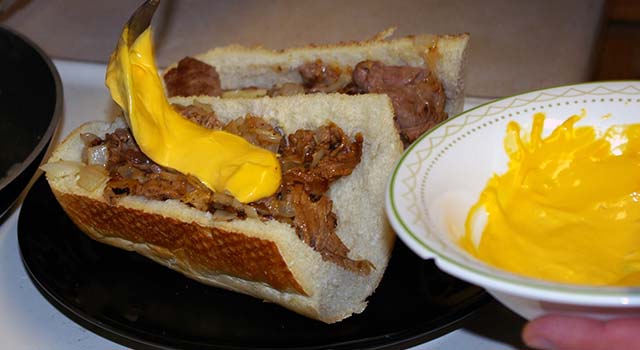 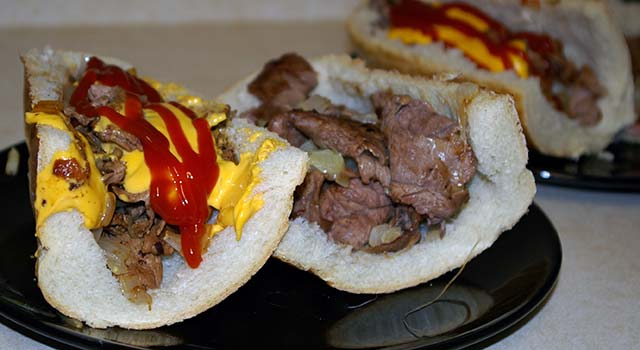