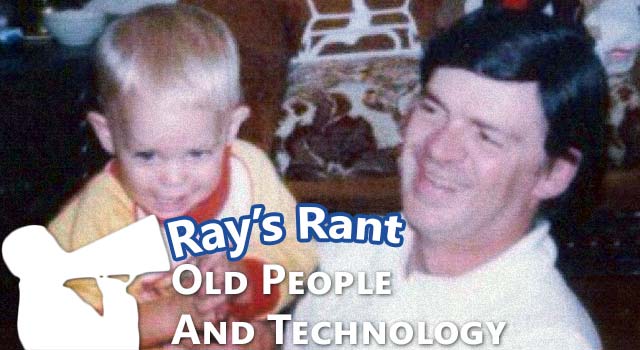 This is a little different than our usual articles, but every now and then we want to take some time to celebrate the people that made us who we are today.

Why would I pick that to write on? Because thanks to old people and technology you are able to read this site. I'm sure you're probably confused right now, and that's partially because I'm probably too tired to write this article, and partially because you don't know the old person that's responsible for this website. That would be my grandfather.

See, tonight I came over to my grandparent's to spend the night since I don't see them as often as I should, and they are about to celebrate their 50th wedding anniversary. And in the course of my night here my grandfather has:

I would challenge you that there's probably not 40% of people in their 20's and 30's that know how to do all that - and he's about to celebrate 50 years of marriage.

Now, it's easy to see that he's pretty good with technology today, but how did that lead to Bro Council? Well, back in the 80's when I was growing u,p they used to have these things called IBM XT computers that were powered by processors with around 5 MHz of power. What was awesome was that these things could power games like Zaxxon that kept me occupied for hours...see the picture below for the awesome style and graphics of an XT and Zaxxon.

So I would play Zaxxon for hours and learn the basics of computing in the process. After toiling through DOS based programs for years, we would eventually spend the night of August 23, 1995 at CompUSA waiting to get a copy of Windows 95 when it was released at Midnight. That's when the real fun began. I started breaking my grandfathers computer. Now, the good thing about breaking your grandfather's computer is that you have to try and fix it before he finds out. So my troubleshooting skills were forged after battling many blue screen's of death.

At some point, I passed him up in knowledge of computing...and years later he would finally admit that I passed him up. Although, I would still get blamed for anything that would go wrong with his computer. I think he believed I carried an actual virus around that would infect his computer whenever I would touch his keyboard.

In the following years it would be a series of catch-up games with both of us when it came to cell phones, TV's, GPS units, and any other tech you can think of. When one of us would get something new, the other would be eager to learn about it and jump on the bandwagon.

If it wasn't for my grandfather spurring me along all of those years, I wouldn't be doing this job. I love what I do here, and without his influence I would be a lot less technologically sound and definitely not a problem solver. Thanks to my grandfather, you get to enjoy this site and I get to love what I do. Thanks, G. 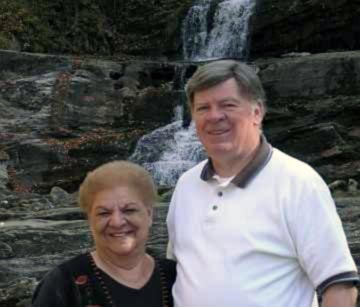 And yes, this picture is from his Facebook page.