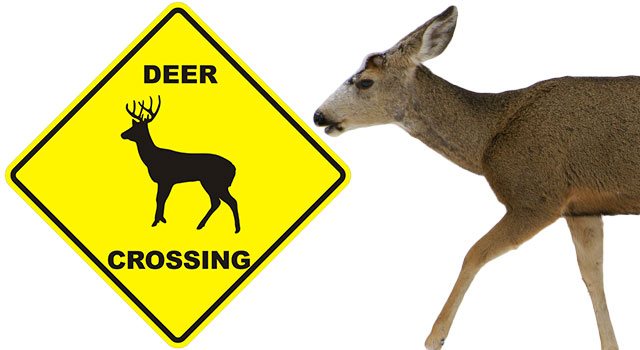 Do you know why deer cross at the crossing signs? Because they're just following orders. At least, that's what a radio caller named Donna thought after she was in three car accidents which involved her hitting deer. Because of that, she wanted the deer crossing signs moved. I have to commend the radio crew from Y94 Playhouse Fargo, ND on their demeanor during this call. I used to be in radio, and if I had taken this call, well, let's just say that I wouldn't have been as nice.

Here are some of the highlights, or low-lights depending on your perspective, of the call:

"Why are we encouraging deer to cross at the interstate?... It seems to me that it's so irresponsible of us to allow these deer crossings to be in an area where these deer are so likely to be struck by oncoming traffic," she said. "Wouldn't you agree?"

"The government can direct the deer population anywhere they want to. All they have to do is move that deer crossing sign."

After the video became popular, she was a guest on the radio show again. She talked about how the video had affected her life and said "It's been... interesting, almost like a carnival ride, in an odd way."

She said she is now embracing the name "The Deer Lady" but she isn't exactly loving it.

Check out the call below: