Blink 182 Lyrics As A Pick Up Line 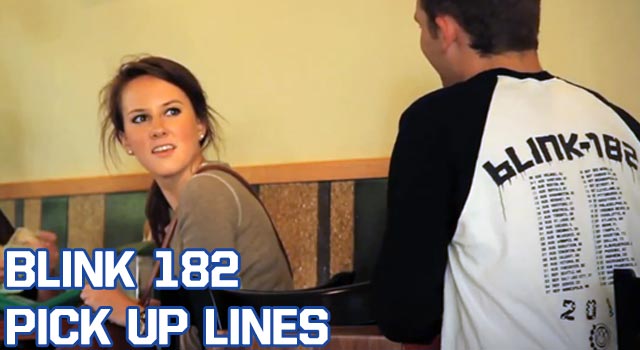 Blink-182 recently had a video contest for their European tour, and a YouTuber named tommycanpictureit decided to use lyrics from Blink 182's songs to pick up girls. As someone who loves awkwardness, I love this guys style.

Not only is it hilarious, but the guy won the prize too. Blink announced on their Facebook page that Tommy Woolridge won lifetime tickets to Blink-182 shows. The band added "Hopefully you can use that as a pick-up line to get a date."

We hope so too, Tommy. You deserve it after this. Check out the video below: