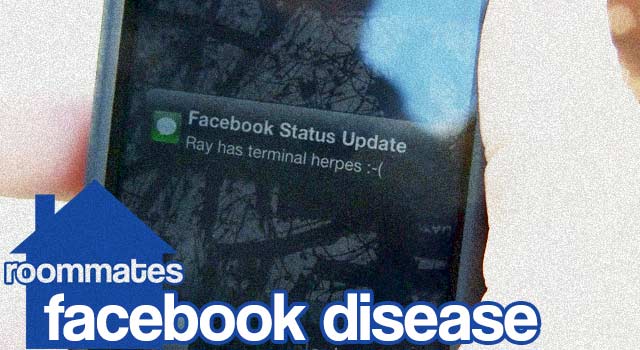 Only two Tuesday's left until the new season of Roommates starts! We'll be launching on October 23rd, and we're really excited for this season. We'll say this much, Todd almost lit himself on fire in the episode we filmed this weekend. If that doesn't get you excited for the season, we don't know what will.

In this episode from March 2012, Todd hijacks Ray's computer and spreads some nasty diseases/ rumors on Facebook and more. Check it out!