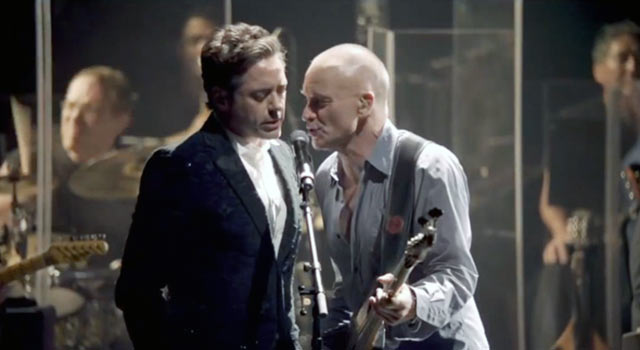 Rock icon Sting turned 60 back in October of 2011. He served up a birthday concert at the Beacon Theatre in New York City that featured him performing some duets with artists like Bruce Springsteen, Stevie Wonder, and Billy Joel. There was one duet that stole the show though, and that was Iron Man himself, Robert Downey Jr.

Even though the video is over two years old, this gem was just uploaded this weekend. Checkout Robert Downey Jr. showing off his singing skills in the video below.