Has Batman Ever Killed Anyone? 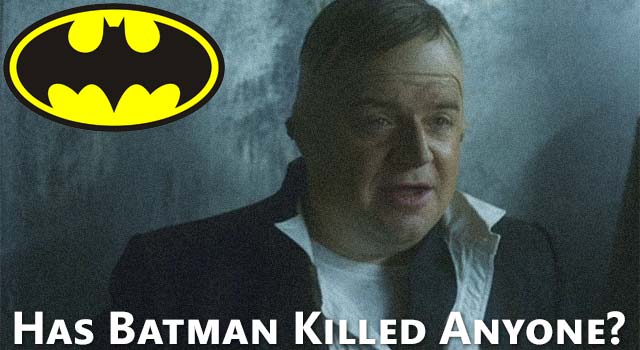 There are two huge debates about Batman in the comic book world:

Now, for those of you who aren't aware, killing someone is against his code of ethics. And if you watch the Christopher Nolan movies, there is a ton of death around Batman, but he never seems to be directly involved.

That all changed when comedian Patton Oswalt (as The Penguin) and College Humor proved that Batman is a murderer. And, they also show that he's too dumb to realize it. This is the video that Batman deserves, but not the one that he needs right now.

Of course, this is just a spoof video, but it is pretty hilarious. Make sure you don't play this one too loudly at work though - well, unless you work someplace awesome like Bro Council HQ.