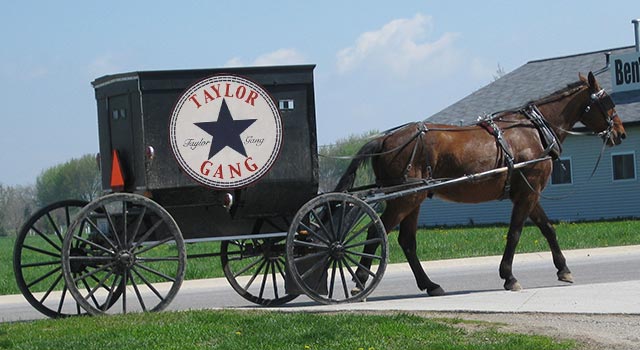 There is gang warfare in Amish country? Apparently. Ohio police are investigating a series of attacks on different factions of the Amish there - apparently they're shaving off each others beards and hair. Beards are a huge part of the Amish's beliefs, and different "factions" of the Amish have been forming large groups who then go into other factions houses and take the Amish residents out to the streets where they are attacked with scissors.

The Sheriff, Fred Abdalla, said at least one of the attacks was planned by Sam Mullet (yes, Mullet) who is a bishop of the Bergholz congregation. He also believes that hair from the victims was brought back to Mullet to prove that his orders for the hair cutting were followed.

Wow. That's something out of the Godfather! Apparently we're headed to a war zone this weekend when we visit Amish country.