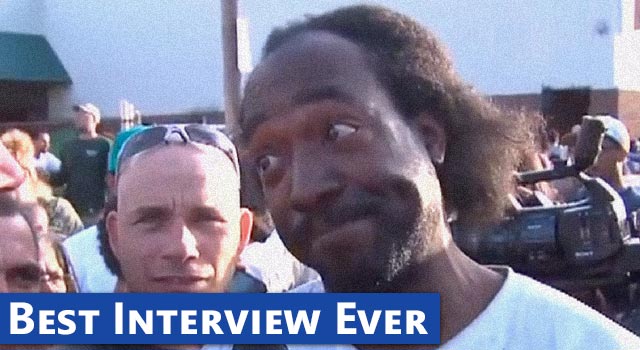 Charles Ramsey is a hero for two reasons, both for his actions in rescuing two girls who have been missing and held captive for years and for his ability to give an amazing interview.

That was the phone call that ended ten years of captivity for Amanda Berry, and several years each for Gina DeJesus and Michele Knight, who were found at a suburban home in Cleveland. Their neighbor, Charles Ramsey, heard screaming and said that he saw Berry frantically trying to get out of the house. He tried to help her get through the door, but when he couldn't open it he kicked out the bottom and she crawled to freedom carrying a little girl.

Police arrived a few minutes later and ended years of a horrifying experience for the women. That was the most important thing that Charles Ramsay did that day, but his interview was the most entertaining. When the first sentence of an interview includes the words "I'm eating my McDonald's," you know it's going to be good.

Thank you for being a good neighbor, a great person, and giving a hilarious interview Charles. Check out the full video of the interview below.