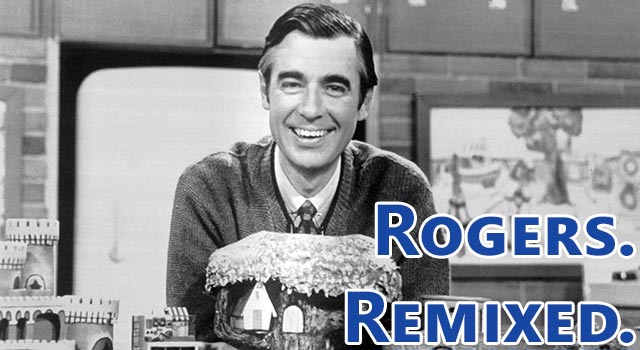 I grew up as a Mr. Rogers fan, and it disappoints me that he has been replaced by Sponge Bob and Dora the Explorer. The man was an amazing person, and put out the best children's show of all time. And now he has been usurped by a talking sponge and a repetitive little girl whose only friend is a monkey. Disappointing.

In memory of it being ten years today since Mr. Rogers passed away, we bring you the PBS commissioned remix of Mr. Rogers. Yes, you read that right - a Mr. Rogers Remix. And it's official, PBS Digital Studios commissioned Symphony of Science's John Boswell for the remix.

Before you watch the video, here are 15 facts about Mr. Rogers for you thanks to PBS:

Check out the video below and try not to smile. We dare you.