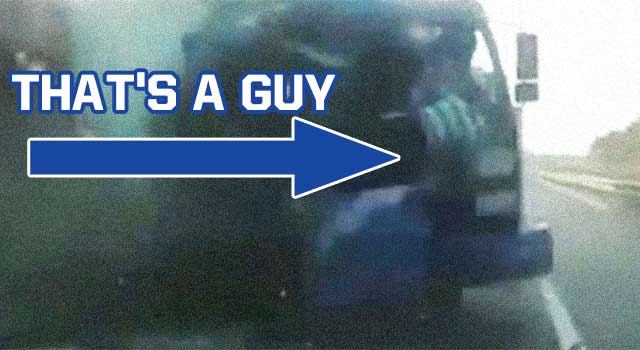 The Internet is a wonderful tool for learning about things like "How To's" for home projects, new sports, and which friends you've known your whole life you now want to dis-own thanks to Facebook. One new and unexpected thing I have learned over the past few months is that everyone in Russia has a dash board camera in the vehicles.

Just look at the examples: first there dashcam footage of the Fast and the Furious style theft of cargo truck while it was moving. While the truck was moving, a second vehicle pulled up behind it at high speed, a person got out of that vehicle, broke open the back door and began tossing goods into their car. Their was a poor guy just pumping gas when a truck lost control and crashed into the pumps and his vehicle, leaving a pocket of space in all the twisted metal. Fortunately, not only did it not set the gas pumps on fire but it also left him untouched. Unfortunately, the same probably cant be said for his drawers.

Now meet this lucky driver. We pick up while he was driving behind a large 18 wheeler who swerves across a lane and is hit but a truck traveling in the opposite direction. Remember the old tear away jerseys they used in football for a brief second? Well that company has apparently gained a second life in making windshields. Here in the good old US-of-A, our windshields will cause serious injury. In Russia? Well, they pop right out and let you walk away from a crash. No really, just look at the video below. I would love to visit Russia someday as I think it would be fascinating. However, thanks to the Internet, I will be walking everywhere I go.