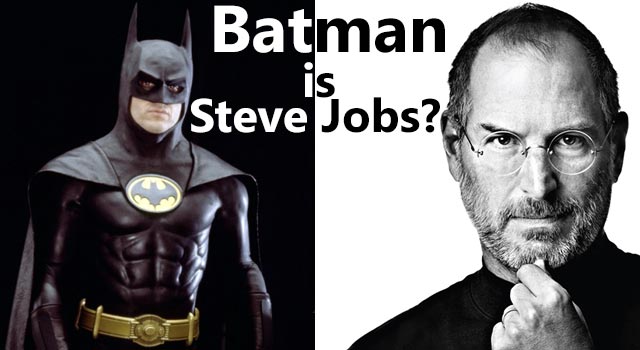 Recently, I stumbled upon the 1989 Batman movie that was directed by Tim Burton and starred Michael Keaton. While watching it, I discovered something that could be just a coincidence, or it could be something that changes everything. Again.

While watching the classic movie, Bruce Wayne was lounging around in his lair watching some news feeds from the Joker. His attire? A black turtleneck, round thin-framed glasses, and a pair of Levi's 501 blue jeans - the same outfit that Steve Jobs wore almost everyday.

Yes, we know Batman is a fictional character, but do you think Steve Jobs saw this style in the movie back in '89 and decided to mimic the style? The official explanation behind the turtleneck and blue jean look is posted in Steve Jobs' autobiography by Walter Isaacson:

On a trip to Japan in the early 1980s, Jobs asked Sony's chairman Akio Morita why everyone in the company's factories wore uniforms. He told Jobs that after the war, no one had any clothes, and companies like Sony had to give their workers something to wear each day. Over the years, the uniforms developed their own signatures styles, especially at companies such as Sony, and it became a way of bonding workers to the company. "I decided that I wanted that type of bonding for Apple," Jobs recalled.

Sony, with its appreciation for style, had gotten the famous designer Issey Miyake to create its uniform. It was a jacket made of rip-stop nylon with sleeves that could unzip to make it a vest. So Jobs called Issey Miyake and asked him to design a vest for Apple, Jobs recalled, "I came back with some samples and told everyone it would great if we would all wear these vests. Oh man, did I get booed off the stage. Everybody hated the idea."

In the process, however, he became friends with Miyake and would visit him regularly. He also came to like the idea of having a uniform for himself, both because of its daily convenience (the rationale he claimed) and its ability to convey a signature style. "So I asked Issey to make me some of his black turtlenecks that I liked, and he made me like a hundred of them." Jobs noticed my surprise when he told this story, so he showed them stacked up in the closet. "That's what I wear," he said. "I have enough to last for the rest of my life."

Was it a designer that Jobs liked or was it the Batman? Check out the pictures below and decide for yourself. 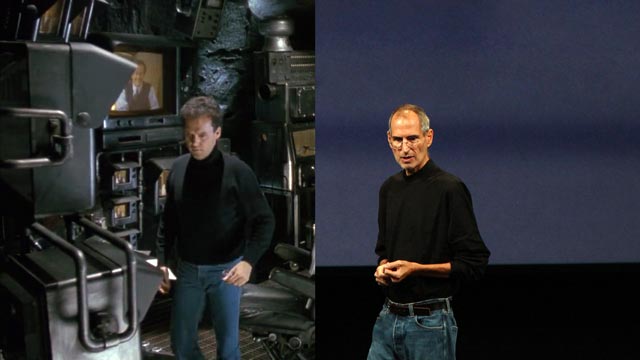 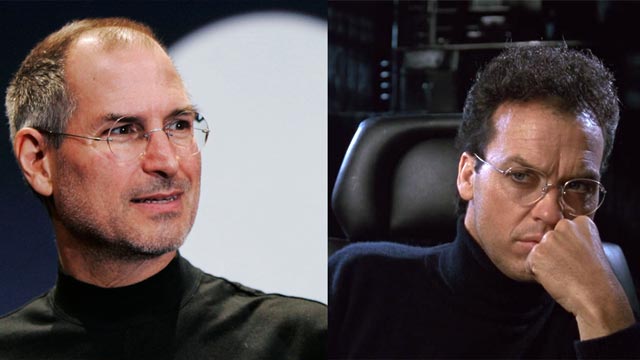 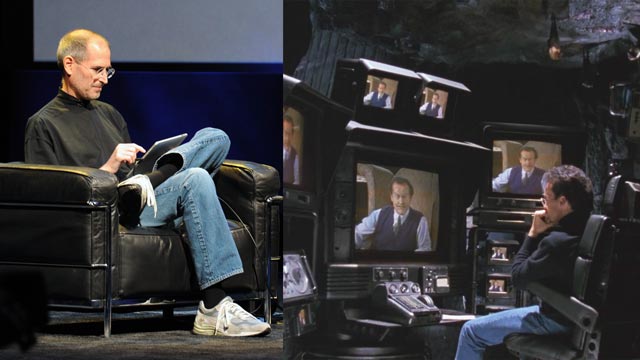