The Marshmallow Test - Could You Wait? 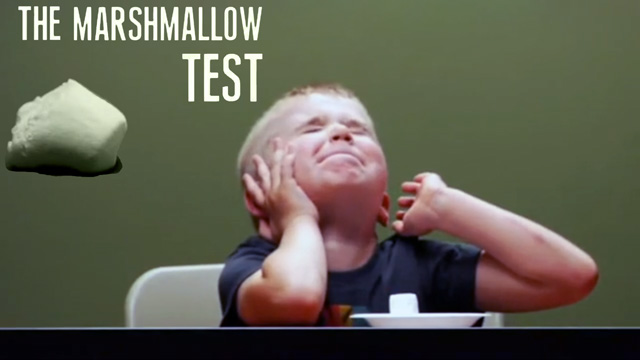 The marshmallow test is a fun experiment. Back in the 1960's, Walter Mischel of Stanford University gave a group of four-year old children marshmallows. He promised them that they could have another one, but only if they waited 20 minutes before they ate the first one. They then watched to see what happened.

Obviously, some of the children waited for the second marshmallow and some kids just couldn't. The researchers followed the progress of each child into adolescence, and, based on surveys of parents and teachers, the kids who waited for the second 'mallow were "better adjusted and more dependable". They also 210 points higher on the Scholastic Aptitude Test on average.

Better teach your kids patience, folks. Check out a video of an updated version below. I love the expressions on the faces: