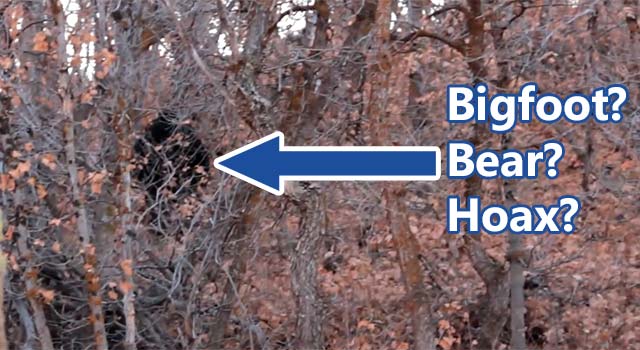 A guy named Beard Card has posted a video of Bigfoot on YouTube that has gone viral with over 6 million hits, and yes, that is his real name. Here is what Mr. Card had to say about the video:

We went camping in Provo Canyon (near Squaw Peak and Little Rock Canyon Overlook) and saw some deer up on a hill that we wanted to get a closer look at. On our way up, we thought we saw a bear, until the monster stood up and looked right at us. We ran straight to the car after that, leaving our tent and everything behind. It's probably all still up there.

All of that seems pretty legitimate, but I am still not a believer either way in Bigfoot. Stranger things have happened in science than us finding an unknown ape species in the woods, and at the same time I have watched shows like Finding Bigfoot and they never seem to accomplish anything other than making Bigfoot researchers look a little nuts.

One thing is for sure from this video though; Beard Card definitely needs his "Man Card" revoked for running away when the "Bigfoot" stood up. Ten more seconds and the debate about this video would be over.

We'll get started on the paperwork to rescind his man card while you check out the video.