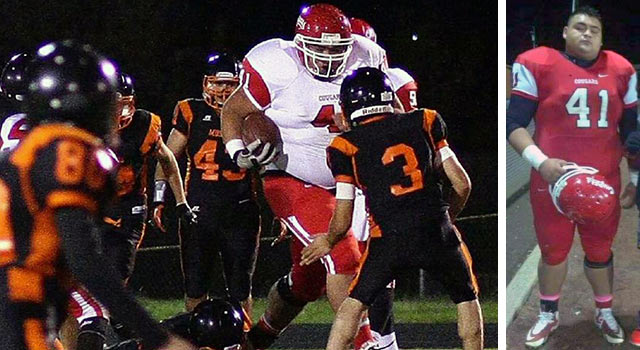 400 pounds is big for an NFL nose tackle, it's huge for a college offensive lineman, and it's just not fair for a high school running back to be that big.

Tony "Big Tone" Picard is a Washington state teenager who is playing the running back position for White Swan High in Yakima. Oh, and he's 6-foot-5 and 400 pounds.

Now the impressive thing is not that he's hard to bring down, because that's to be expected from a high schooler that big. The great thing about Picard is that he definitely shows some athleticism.

According to his coach, Andrew Bush, opponents usually need 5 defenders at the line to stop him.

"Most teams will sacrifice five guys to stop him: four linemen and a middle linebacker. That leaves three guys on each side to stop the rest of our team," said Bush. "Everything else opens up: our outside running, our play action, and our entire passing game. We average about 450 yards as a team offensively."

So, could he play ball at the next level? Check out the video below and sound off in our comments section.