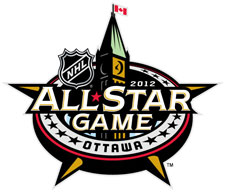 4. Alexander Ovechkin won't be there. Instead, he's probably working on his rapping skills. Why is this a good thing? Because Ovi is notorious for taking a crazy amount of shots - both pucks and whiskey. This will open the door for other players to be able to score. Way to be a team player, Ovechkin!

3. The skills competition is the best thing this side of the MLB's home run derby and the NBA slam dunk competition. The nice thing about the NHL skills show off is that it's not just single players going against each other, but some awesome team competition too. Plus, who doesn't want to see Zdeno Chara break his own record for hardest shot? Again.

1. The fantasy draft. Yeah, it already happened...but it still makes for an interesting game. The players seem to like it, the fans love it, and they even have one poor guy who gets picked last every year and receives a Honda Crosstour for his embarrassment - which, could be argued, adds to the embarrassment. If you're not familiar with the format, here are the rules from the NHL website:

Awesome. Maybe if the NBA did this I would care about their All-Star game. Nahh. It's still the NBA.

So there you go. If you're home alone on Saturday night, don't get upset - just watch the skills competition. Home on Sunday too? The game is on at 4. That's good news since it won't compete with the NFL's Pro Bowl. Right? Wait...you don't watch the Pro Bowl? Maybe it's time for another list...