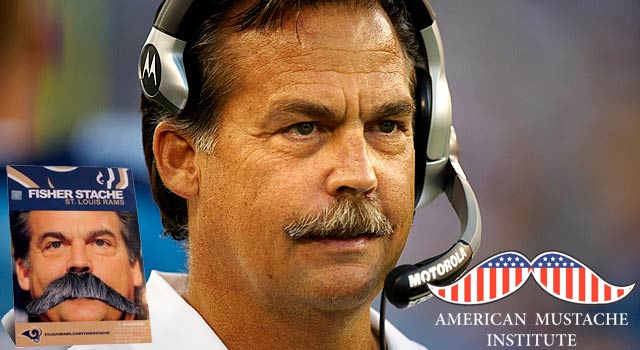 Jeff Fisher is the current head coach of the St. Louis Rams, the former coach of the Tennessee Titans, and played on the Chicago Bears Super Bowl Championship team. One thing has been constant through those changes: his awesome mustache.

For the kickoff of the Rams season, the team decided to have a "Stache Bash" to celebrate the coach's facial hair (and sell more tickets). Right before the team honored him in this way, the fine folks at the American Mustache Institute sat down with Coach Fisher for an interview. Check out the video below: