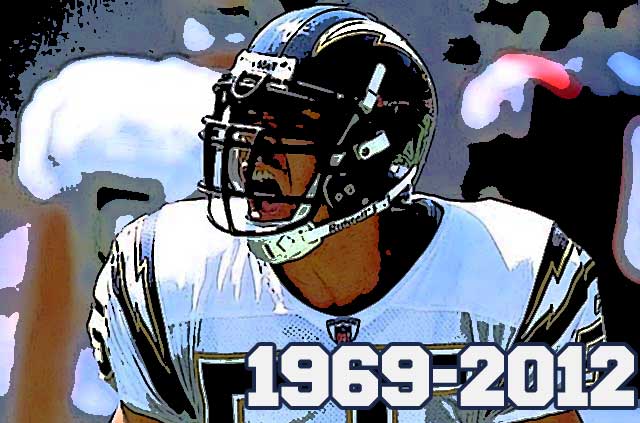 NFL legend Junior Seau was found dead in his home in Oceanside, CA, where police are investigating a shooting. Seau was 43 years old and leaves behind a wife and 3 children. The former NFL All-Pro was a member of the 1990's "All Decade Team", a 12 time Pro-Bowler, and a sure fire hall of famer.

Police are at Seau's home outside San Diego, where he played for several years. He also played for the Miami Dolphins and New England Patriots over his 20 year career.

Our condolences to the Seau family. For those of you who don't know Junior, here is a highlight reel that will tell you more about him: