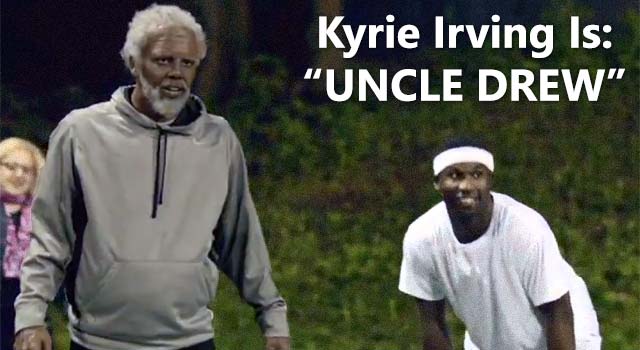 Kyrie Irving is a basketball player for the Cleveland Cavaliers, and played his college ball at Duke University. He was only there for a year before being selected 1st overall in the 2011 NBA Draft. He gave Cleveland fans a reason to rejoice and forget about that LeBron guy a little bit as he won the NBA Rookie of the Year Award in 2012.

We say all of that because Irving is a great basketball player. And in a related note, the Pepsi Company is a great marketer. So what happens when you combine the two?

Recently, Pepsi MAX went to a pick-up game in Bloomfield, NJ pretending to shoot a documentary on a basketball player named "Kevin." When his Uncle Drew came into the game, it got crazy. Check out the video below: