Pitcher Throws At A Batter During A Timeout 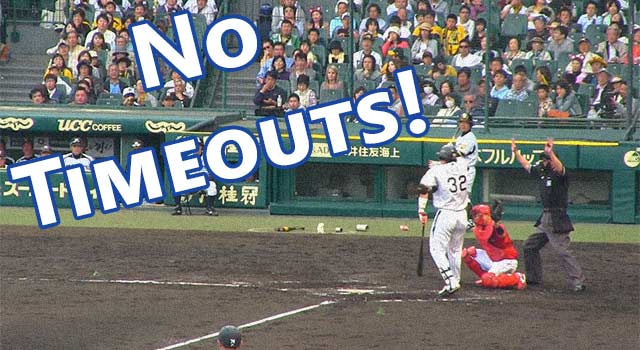 Hey baseball fans! Trivia question: who was the first overall pick in 2002 MLB draft? Did you say Bryan Burlington by my beloved Pittsburgh Pirates? If so, you're right. And you've also reminded me of the futility of the Pirates. Thank you for that.

The Bullington pick was during a time when countless first round draft pick were wasted on pitchers who would never make the cut. For years, the Pirates tried, to no avail, to replicate the pitching staff of the Atlanta Braves of the early 1990's - the last team that the Pirates have played in the playoffs. Bullington was one of those potential starters, and as you're about to see he's now pitching in Japan...and after this he probably won't be for long.

In this clip, batter Ryota Arai calls for a timeout around the :40 mark, and unfortunately for him - he didn't get it.