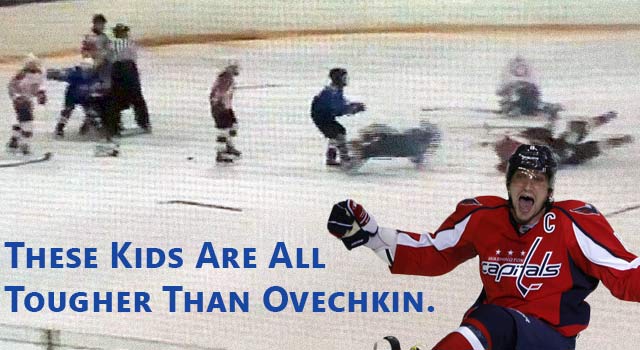 We have seen a few hockey fights come out of Russia this year, but this one from a youth league in the former USSR takes the crown.

These kids are straight beating the snot out of each other.

The surprising thing is that Russian players are not typically known for their fighting. In the NHL, most Russians are focused on their speed and scoring, and you can partially chalk that up to the style of play and bigger rinks they have in Mother Russia. It looks like these kids are trying to change change that reputation.

One thing we can say for sure: these kids put up more of a fight then Alexander Ovechkin did last night in game 7 against the Rangers.