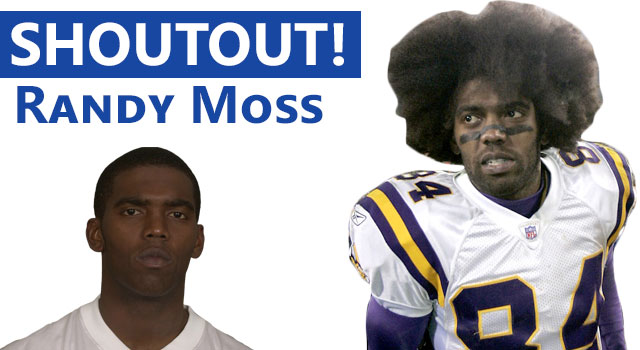 Every now and then, we like to give shoutouts to people who have just plain entertained us over the years. Today's recipient of a Bro Council Shoutout is none other than:

What is there to say about Randy Moss? The man was a beast on the field, a highlight reel off of it, and always up for some great banter with reporters. We're not sure if he'll be back with the 49ers in 2013, but we are hoping for a return.

In the meantime, here are some of our favorite Randy Moss moments.

Thank you Randy Moss for your humor, skill, and the ability to upset everyone around you, especially Joe Buck. And if you've never seen it before, check out the awesome remix of some of Randy's best moments below....One Clap.