The NFC and AFC Championships were played yesterday and the Harbaugh family had a chance to have both brothers playing in the Super Bowl. Too bad Vince Wilfork and Eli Manning had to spoil it for them. What else is there to say but this? 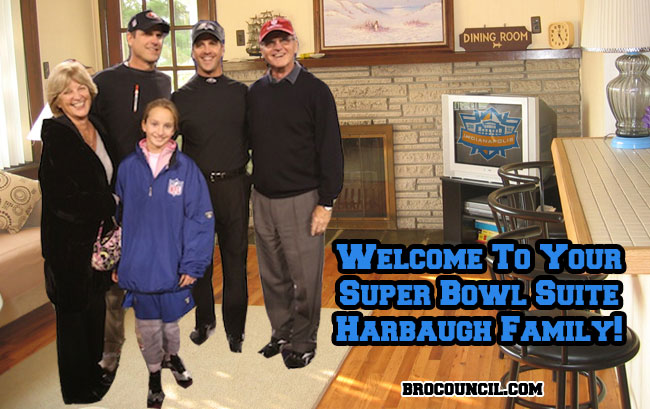 And a final question to ponder. What are the Las Vegas odds that Ray Lewis literally kills Billy Cundiff? Word has it that Cundiff tried to commit suicide but he failed miserably because he couldn't kick the chair out from under him. Oh well, maybe next year, Cundiff.