The Redskins Tim Hightower Gets Lost In The Woods 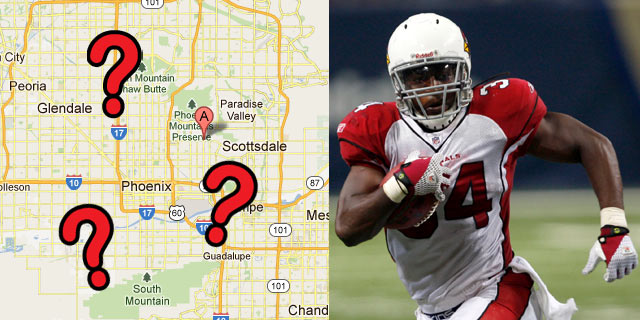 Recently, former Arizona Cardinals and current Washington Redskins running back Tim Hightower was out hiking with his wife in the Arizona desert. They veered off the trail paths and got lost. Thankfully both were rescued unharmed. Presumably he was looking for the end zone, but fumbled the map. (Seriously, look at his stats - he isn't exactly burning up the fantasy draft boards folks.)

Or maybe he just realized what he did by signing with Washington and decided to "get lost". Playing for the Redskins is like having your girlfriend open a text from Brett Favre - nothing good is gonna come from it. Hey, cheer up Skins fans! At least Steve Spurrier isn't coming back to bring that chuck and duck offense he ran. And for that, Redskins nation thanks you.