The Worst NHL Shootout Attempt Ever? 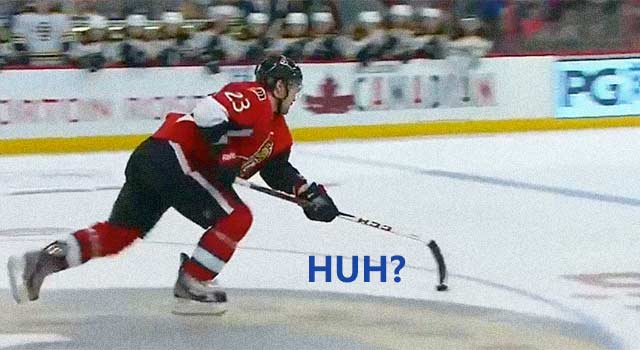 Showboating and attempting to be funny have a place in NHL hockey: the All-Star game and the Islanders front office. But this is a shortened regular season, and every point counts.

With the Boston Bruins and Ottawa Senators in a shootout battle for an important win, Kaspars Daugavins decided he wanted to audition for the All-Star skills competition instead of trying to win the game for the Sens.

Daugavins put the puck under his stick trick-shot style, skated to the crease while moving it around like an air-hockey puck, and did a spin-o-rama that failed.

There's no room for being an idiot in the NHL...unless you're Mike Milbury.

Two Islander jokes in one article, we'll have to find a way to top that in the future. In the meantime, check out the video of the ridiculous shot below.