Ryan Fitzpatrick, Tom Brady, Peyton Manning. In August, which one of these Quarterbacks would you have said would be 3-0 to start the season?

If you said Ryan Fitzpatrick, you're either lying or the Anchor Bar is your favorite place for wings. Two of these gridiron legends faced off this weekend, and as far as bad quarterbacking goes neither of them were slouches. But only one of them could be a loser, and yesterday Tom Brady was the loser. Let's break down some stats: 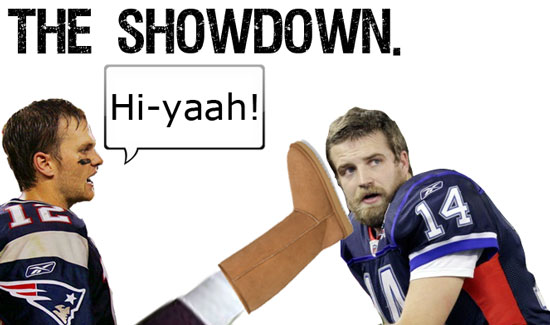 Which means the bad quarterbacking award in that game goes to Tom Brady. Don't worry Patriots fans, you'll get your shot at redemption in Week 17. Until then - Fitzpatrick > Brady.

See you next week.