The Navy Is Building A Railgun 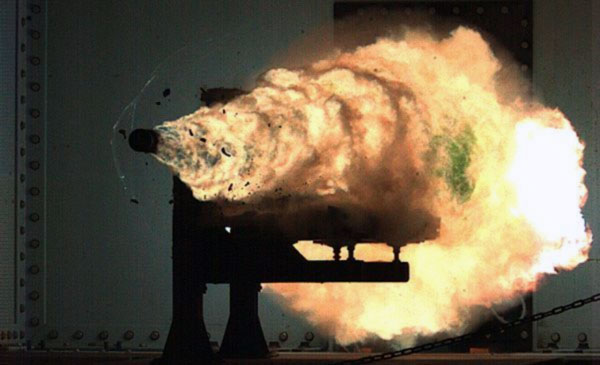 The navy is building a rail gun. Yep...a railgun! One of the ultimate video game weapons is coming alive in all its electromagnetic glory.

The system has been tested in "lab" settings before, but now a military contractor just got a $10 million chunk of funding to build a weapon for the US Navy. And according to the documents, it could be ready to go by 2025. So what is a railgun? Good question:

It's two rails, with a projectile on them. Electricity flows through the rails - creating a magnet - and the object is launched. What's cool about it is that there are no explosives used to launch it and so far in tests the projectiles have reached 5,400 mph.

Pretty awesome technology. Maybe this will somehow get us closer to flying cars, we only have three more years.