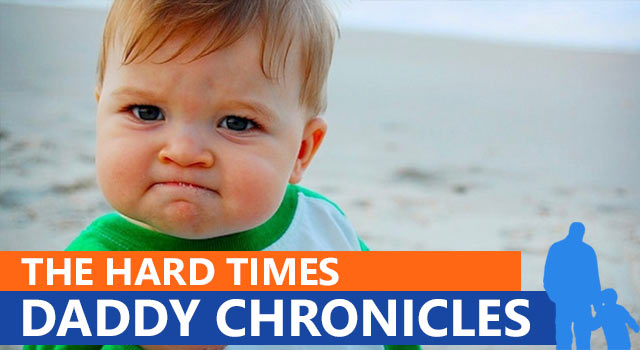 In our continuing series, our own Marv Nelson takes a look at what it takes to be a father.

Being a Daddy is an amazing thing, but sometimes there are moments in time where being a Dad is hard and the feeling comes across that it would be easier not to be a Dad. Right now my four year old has a whine that pierces my soul (well it feels like it). He shrieks will all his might when something doesn't go his way and he stomps, pouts yells and cries for seemingly no reason. In those moments I can go from pure blissful happiness to wanting to throw something (not someone) out the window! I grit my teeth when I talk with him in these times because it's all I can do not to yell at him. I'm learning to become a better, less aggravated Dad in these moments. The early days had their trials as well and there too I needed to learn how to handle it.

I know I've shared in past articles a lot of the mushy stuff of dealing with babies and the excitement that brings, but dealing with a baby can also be stressful, hard and tiring all at the same time. As invested men this burden shouldn't fall on the mother alone. For me, this territory was all new; the "high" of being a new Dad was starting to wane and sleepless nights began to get more and more annoying. My wife and I began to fight more than ever and this little baby was cute but frustrating. I had no idea how to handle this new portion of #DaddyLife, so I devised a way to help cope...because when you're desperate you invent. A wise man once said: "Desperation is the mother of invention"...I think it might have been Tony Stark.

I think the hardest thing right away was that my son was a peeing machine. We'd open his diaper, put him in the tub or just be about to close his diaper and he would have a river of life pouring out of him...all over my face, his face, his clothes, the table, the cat, the bathroom floor...wherever and whatever his stream could find. Needless to say it was ridiculous! People kept giving all kinds of advice (which well intentioned folks always do) like "go buy a Pee-pee Teepee, so he doesn't pee on you", or "just get quicker at it!". Much of the advice didn't help much, MJ was too quick for the tee pee thing and I could do a diaper change in seconds but he still managed to pee everywhere.

I know this sounds insane, but let me remind you, when you are desperate (and while raising kids you will become so!) you go with what works! My wife and I found that singing these songs together broke our frustration with one another and we were able to laugh off most of these peeing sessions. Soon, this annoying thing began to no longer be annoying and sadly we wanted to see what he'd pee on next so we can make a new rhyme...pathetic, right?

At this point, I hope you're asking: so what? What's the reason for this whole post? The reason is to share that even in the hard times of being a Dad, whether it's a tantruming preschooler, or an ever-urinating baby boy, there is hope to get through. It won't last and there is something you can utilize that can help you cope with the craziness. Maybe my wife and I should start singing songs about the whininess and the things he whines over, because for some reason silly songs always seemed to help!

Check Out The Other Columns In This Series Here. 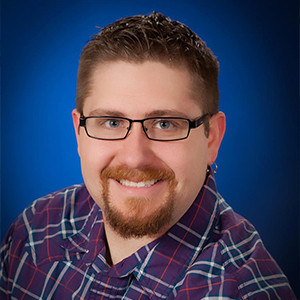 Marv Nelson
Marv is a husband and father who writes our Daddy Chronicles articles about the sometimes crazy life of a father.