To Beard Or Not To Beard: A Series On Facial Hair - Part 2 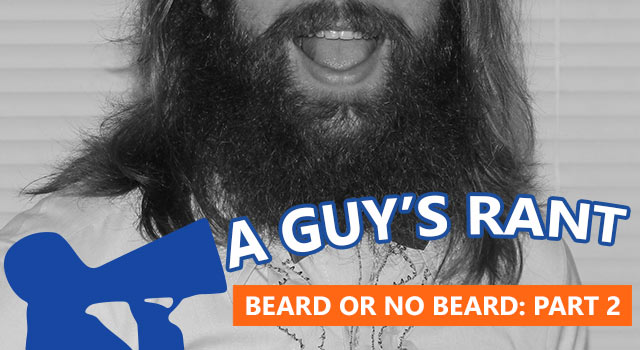 Burlesque, Exquisite, Astounding, Righteous, Dominating.
These are some of the many words to describe the glorious girth of hair on the lower extremities of a man’s face commonly referred to as a beard. Beards are an essential part of being the “Man’s Man.” When people imagine what a “Man’s Man” physically looks like, there is only one image that permeates the mind. You guessed it! It’s the bristles of hair upon the lower division of his face. Of course the ideal “Man’s Man” is tough, responsible, caring, brave, intelligent, cunning, strong, and has the beard embodying all these characteristics. Now man to man. Mano y mano. It’s time for me to give you some manly “Man’s Man” reasons to “Grow a Beard.”

1. Just look at the Lumberjacks below. If you want to look attractive while wearing a plaid shirt, then Grow a Beard.

Not attractive. Will be forever alone with the trees.

Attractive. Can have whoever he likes.

3. “Time” itself has designated its very own increment period of the day based on facial hair. Designated the “5 o’clock” shadow. Now is that time. Grow a Beard.

4. In the Middle Ages one man touching another man’s beard was offensive and grounds for a duel. I challenge you to a duel. Grow a Beard.

5. You get into a lot of fights, eh? Well, get an all natural faceguard. It’s called Grow a Beard.

6. The real William Wallace had a beard. Enough said. Live for Freedom, Grow a Beard!

7. Drive fear into your rivals and enemies. People “Fear the Beard.”

8. Beard=Respect. You’re a young teacher, and students think you’re a joke.. Flip it and reverse it. Instant respect, Grow a Beard.

9. Don’t have hair envy. The top of your head is balding, but “your face” isn’t.

I am giving you an arsenal of reasons and grounds to grow a beard. But some of you may still be asking, “what if my facial hair comes in scraggly and patchy, should I still grow a beard?”  Don’t let your cowardice sway you away from having a glorious beard! At all college beard competitions, the most honored Beard Award is the “Scrappiest Beard Award.” Have faith in yourself and your facial hair. 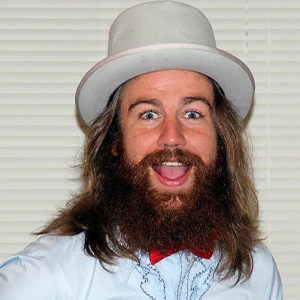 Elliott Winston Freeman
Elliot is our resident expert on beards, and is entering his first beard competition soon.