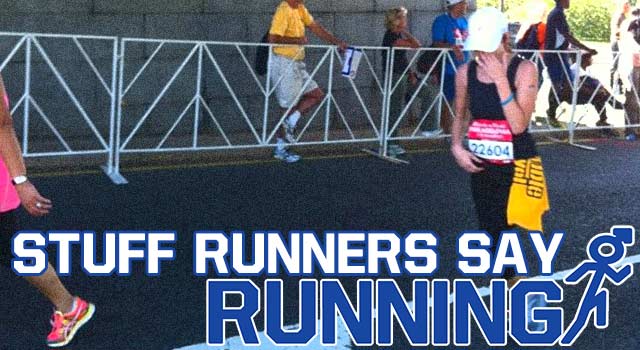 I was trying to figure out what to write about for my next offering to you, my adoring fans, when I came across this amazing video called "(stuff) Runners Say." I'm sure you've seen several videos that are similar, but this one struck me as overly hilarious. It's probably because when I saw this video, I immediately felt like someone had followed my friend Scott & I around during a training run, it's completely accurate. I think I also find the humor in the fact that I fought calling myself a runner for such a long time, and then I realized that I had been saying most of these things for quite a while. So, over the course of my next few articles; let me point out a few key things that make this video extra amusing, especially to new runners.

5 seconds in, you get a joke about race photos. Most people say they don't care or don't want to look at their race photos, but the fact of the matter is, you do. Men & women alike turn into Regina George (that's a Mean Girls reference for those of you that are pretending like you've never seen that movie before) and criticize every aspect of their race photos. You will think, "Is that really what I look like when I run?" or "Of course, the 15 seconds I was walking, they took a photo" and eventually, you'll learn to smile for the cameras. When you sign up for races, you give the race organizers the right to the images, so what that means long term is that they can use your likeness to promote future races. Keep this in mind while you're running, if you want to stand out, there are many ways to do this, it's also pretty easy to blend in if you want.

Race promoters are looking for images that will make their event look more appealing, so if you look like you're having a great time, are in deep thought while you're on the course or get emotional at the finish line, chances are high that you might become a 5K poster child (hello RPG, Zeddie Little). Think about it, do you want to run a race where every single person looks like they want to die halfway through it? No, you want to do something that looks and sounds like fun. We're talking about exercise, and not too many people get pumped up to wake up at 6 am on a Saturday to go run a few miles with a crowd of strangers unless they think they're going to have a great time. So if you want to be an unofficial race representative, wear bright colors, wear the race shirt (although I stand by the belief it's bad luck to wear the race shirt on race day) wear a costume, wear some amazing socks (my personal calling card), wear a wig, just do something to look different! If you look great & are smiling a lot, not only will you have great race photos, you could inadvertently wind up helping the charity the race is for. If this isn't your cup of tea, blend in. Wear lots of black, white or gray, don't wear the race shirt, wear a hat (because it tends to hide your face in race photos) or keep your head down most of the race.

The advantage of buying or downloading your races photos is all a matter of personal opinion. A lot of the smaller races I run will post the photos for free on their website or a photo sharing site that you can simply right click and save to desktop from. I like them because they're a reminder of just how far I've come, both running gear-wise and finish time-wise. I tend to zone out during a race, so I don't normally remember the running portion (unless there was someone in a crazy getup that I passed or passed me along the way) so looking back at the photos help with that. You're running multiple miles in a consistent pattern, that's something to brag about and pictures are a great way to do just that!

Many of the larger scale races will hire more seasoned race photographers, so sometimes you have to pay for your images; this is something that I often have a problem with. While I can appreciate that there are so many cameras along the course and that these people do this for a living, I can't understand why I need to pay $29.95 for a digital copy of this image. I've come across many races where the images were reasonably priced & I've gobbled (mmmm turkey) them up; I'm probably not going to print them out, just share them on my Facebook or Twitter accounts, so I don't see the need to spend more than $5 maybe even $10 for this image....these are memories, MY memories, and the photographer that's raking in the money doesn't remember who I am once my money is in their bank account. The sad truth of the matter is, when you run half marathons or marathons, you're going to fork out the money for the first couple because this is such a huge accomplishment that you want to commemorate. Sure, you get a medal & might have friends along the course taking pictures of their own, but nothing captures your raw emotion at the finish line quite like the finisher's photo with your brand new medal draped around your neck or the image right before you cross the finish line and can't believe what you've just done.

So the long & short of it is that when you run in a competitive or charity race, you're going to have your photo taken. What you look like in that photo, is entirely up to you, but beware because you may be front & center on the brochure or website for next year's race if you stand out. As much as it pains me to say this, it's worth spending some money on your race photos, especially if you're a new runner; these are achievements and memories of your hard work, and unless you have a shrine to yourself in your man cave, there's no reason not to share these moments with your friends. Winter's right around the corner, wouldn't it be great to start 2013 off with a photo of you beating a past personal record or showing how much weight you've lost over the course of the cold season? The answer is yes, it would be great. Until next time, gear up & get out there, the pavement's waiting. 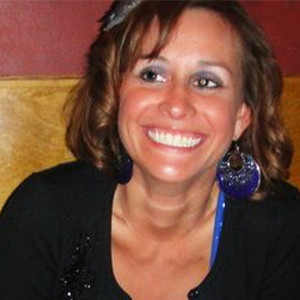