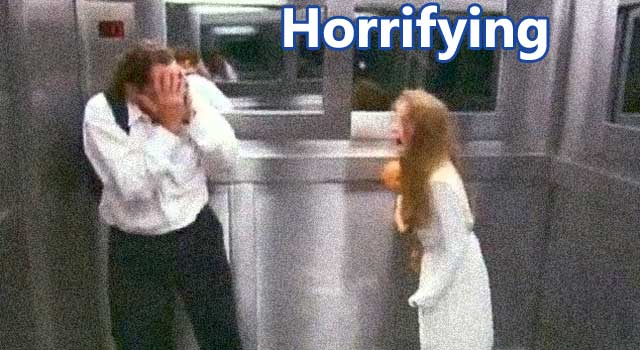 I had a hard time categorizing the video you're about to see. I decided to put it in our humor section, but I also thought about creating a new "horror" section just for this article.

The premise of "Ghost in the Elevator" is this: people get on elevator, lights go out, creepy "ghost" girl and her doll appears to scare them. This originally aired on television for Brazil's variety show Programa Silvio Santos and they based the little girl in the video on the girl from The Ring. They did a great job.

I kept trying to think of how I would handle the situation as I watched the video, and I'm not sure if I would have had a heart attack or punched the girl in the face in a "fight or flight" debacle to end all debacles. Either way would have been disastrous, and I am surprised that no one had either of those reactions.

Check out the creepy elevator girl in the video below: