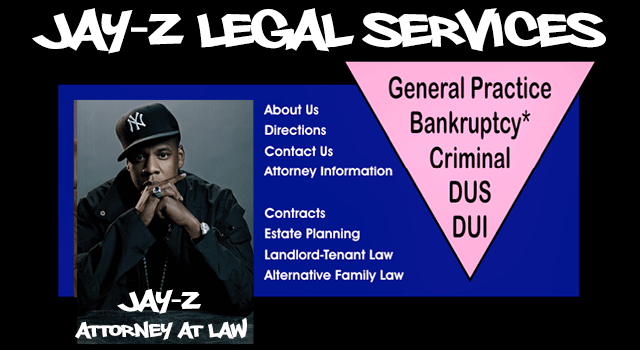 When Jay-Z released his 2004 CD The Black Album, I'm not sure I was old enough to buy the MA-rated content CD (you know, back when people actually still bought CDs.) But, I do remember one song that everybody knew "99 Problems;" and specifically, that one problem that Jay-Z didn't have. Since this is a family-friendly site, I'll let this photo of two Red Sox fans explain it for you in case you're unsure: 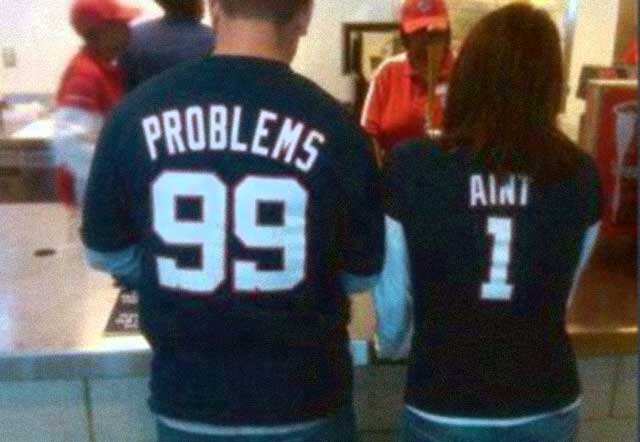 The song had such widespread popularity that pretty much everyone born between 1980 and 1995 knows at least some of the lyrics, and; shockingly (or maybe un-shockingly) enough, some people have also been taking Jay-z's word as gospel when it comes to legal advice. So, Caleb Mason, an Associate Professor of Law at Southwestern University School of Law; set about trying to change that. He published a 19-page law review article in the Saint Louis University Law Journal detailing the ins and outs of the second verse of "99 Problems." Now, I'm actually in law school, and I find 99% of the law review articles I read tedious and a great cure for finals-induced insomnia, but Professor Mason's article is both hilarious and deadpan; and everyone should give it a read. Here is just a clip of it:

"In my rearview mirror . . . I got two choices . . . The calculation Jay-Z has to make is whether, knowing that the car contains concealed contraband, he’s better off trying to flee or hoping that the police won’t find the drugs during the stop. This may be the hardest choice perps face (until they have to decide whether or not to cooperate), but there’s only one answer: you are always better off having drugs found on you in a potentially illegal search than you are fleeing from a potentially illegal search and getting caught."

Read the full article below, it's full of great advice...and humor.