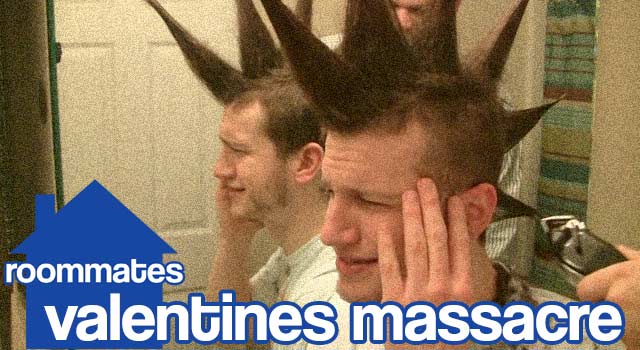 It's Tuesday, so here is another replay of Roommates to hold you over until we start airing season two in a few more weeks. Check out our Valentines Day Massacre that was originally aired in February 2012!

Click here to see all of the Roommates Episodes that have been released so far, and get ready for season two soon!