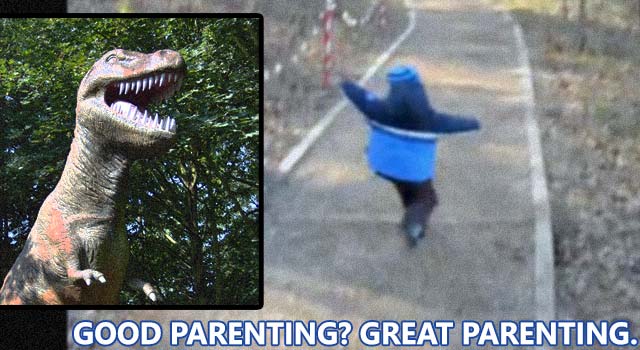 What kind of parent scares a child with the idea that a dinosaur is going to attack him? The awesome kind. At least this kid will now have the actual moment he became terrified of Jurassic Park caught on film.

Check out the video below, and see some more awesome parents here and here.