Who's On First? The Fallon-Seinfeld Sequel 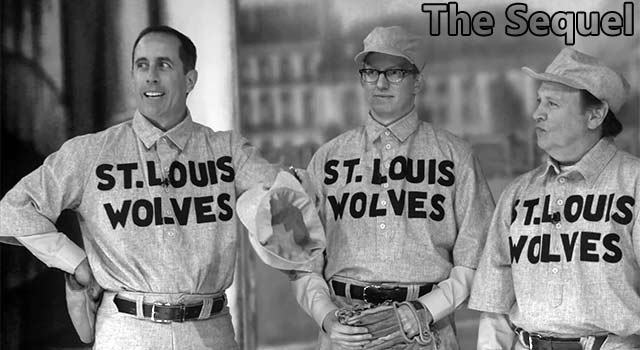 If you've never seen the classic comedy bit "Who's on First?" by Abbott and Costello, you should check it out. The premise is that Abbott is trying to explain who is on the St. Louis Wolves baseball team to Costello, but their names and nicknames are interpreted as non-responsive answers to Costello's questions. For example, the first baseman is named "Who"; thus, the utterance "Who's on first" is ambiguous between the question ("which person is the first baseman?") and the answer ("The name of the first baseman is 'Who'").

The original bit goes on for about six and a half minutes, but it could have all been solved by someone explaining the setup as clearly as Jerry Seinfeld does in this updated sequel to the "Who's On First?" routine, co-starring Jimmy Fallon and Billy Crystal.