This Billboard Has An Infection 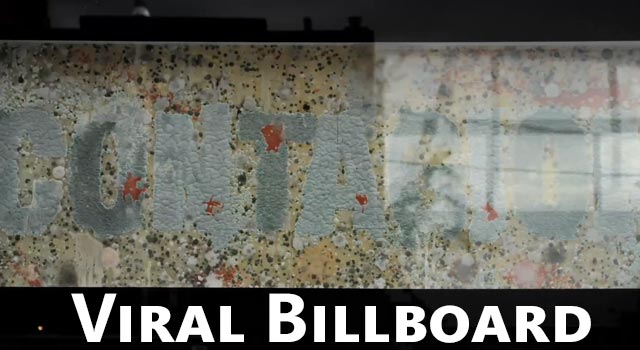 Live bacteria creating a billboard? Only in Canada. Why do I say "Only In Canada" you ask? Well, because according to the Bro-Ipedia, Canada has only ever contributed ice hockey and Rachel McAdams to the world. We're just much bigger fans of the US and Sweden.

Anyway, apparently Warner Brothers wanted to promote the new movie Contagion in a unique way and created this ad which grew from bacteria in order to make a billboard. Pretty cool actually...I think I have an idea for the new Bro Council Corporate Headquarters sign.