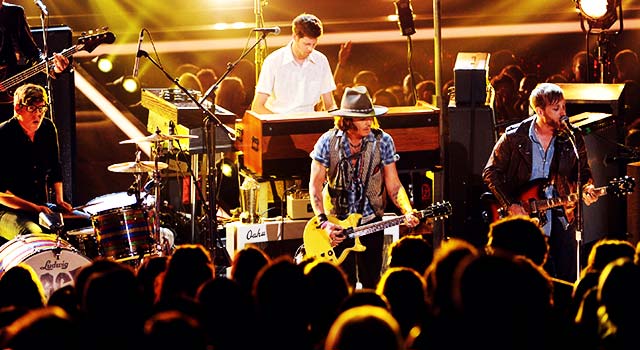 How did we miss this one? The Black Keys are a great band, and Johnny Depp has been in so many classic roles that just about everyone is a fan of something he was in. Personally, I'm partial to Nightmare on Elm Street, but those "Pirates" movies aren't bad either.

Last summer, Depp and "The Keys" played Gold on the Ceiling together at the MTV Music Awards. It was a great performance, but one thing struck us as odd: is it just me or does Depp look slightly like WWE's Undertaker in the video? 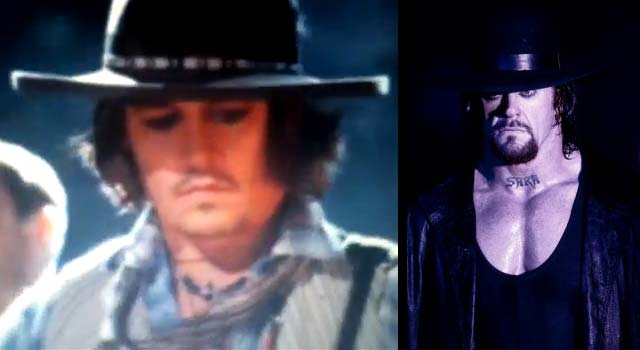 Either way, it's a great song. Check it out below, and if you haven't checked out The Black Keys you should pick up an album or two. It's Bro Council, Approved music.