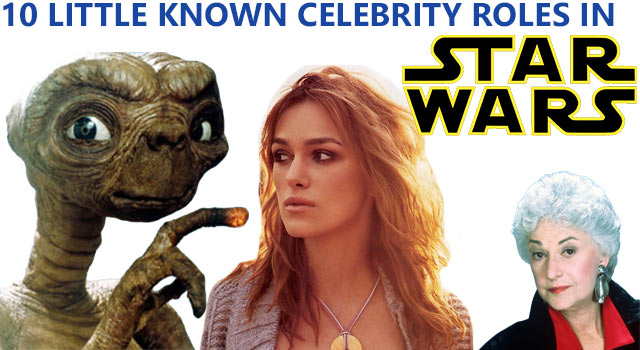 As many Star Wars fans are eagerly awaiting the announcement of the cast for Disney's Star Wars: Episode 7, many acting hopefuls want to get their career started just by being a bit part of the galaxy far far away. Here are 10 celebrities that you probably never knew were part of the Star Wars universe:

Yep, the rock star who has sold over 130 million albums recorded his first professional recording for Star Wars. You will not hear him singing along with John William's theme song because he sang, "R2-D2 We Wish You a Merry Christmas" (technically he recorded it under his real name John Bongiovi) on 1980's Christmas in the Stars: The Star Wars Christmas Album. This rare gem of Star Wars history was accompanied with other songs like, "Christmas in the Stars" and "What do You Get a Wookie for Christmas". For more reasons why Star Wars and Christmas should not mix please continue to 5 and 6.

The young actress, now Oscar nominee, played Sabe, Queen Amidala's decoy and handmaiden, in The Phantom Menace. Presumably she was cast as Natalie Portman's look alike because they look very similar when you cover them in white make-up and put a wig on them.

Rose is another handmaiden gone Hollywood. After she played Dormé in Attack of the Clones this handmaiden hit it big fighting Kristen Wiig for maid of honor in Bridesmaids and then landing another geek series as Moira MacTaggert in X-Men: First Class. (If you want to make it in Hollywood just pledge your service to the Queen of Naboo.)

Unfortunately Bea Arthur was a little too old to play one of the queens handmaidens. But, she did play Ackmena, a tough yet compassionate cantina bartender in 1978's The Star Wars Holiday Special. That's right this "Golden Girl" laughed it up with Betty White and the local scum and villainy.

Jefferson Starship like Bea Arthur is another casualty of The Star Wars Holiday Special. The band had recently changed names from Jefferson Airplane to Jefferson Starship in 1974. This bad idea was followed up by an even worse idea: to perform in the holiday special. The special is so infamous that George Lucas was once reported saying, "If I had the time and a hammer, I would smash every copy of the Holiday Special."

Before Ratzenberger was a Cheers alum and Pixar voice he helped the rebels escape from Hoth. He played Major Bren Derlin in The Empire Strikes Back and is the only celebrity on the list from the original trilogy. (Bonus Trivia: Lucas actually created Pixar then sold it to Steve Jobs.)

Although you probably don't recognize the name you've most likely have seen some of his other movies. This young, up-and-coming actor played young Uncle Owen in both Attack of the Clones and Revenge of the Sith. He already has an impressive acting career as Patrick, the Squadron Leader, in Zero Dark Thirty and as Tom Buchanan in The Great Gatsby. Unfortunately for him I don't think he'll be reprising his role as Uncle Owen in Episode 7.

You probably knew that Spielberg and Lucas are friends, but did you know that Steven Spielberg actually was an Assistant Director for Revenge of the Sith? He worked on the final duel sequence between Obi-Wan and Anakin on Mustafar, the lava planet. Rumors state that Spielberg actually asked to direct the whole movie but was denied by pal George. We can only hope J.J. Abrams has better luck with Episode 7. 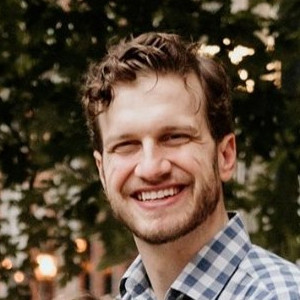 Eric Anderson
Eric and his mohawk are the Creative Directors for Stray Monkey. He also writes a column once every decade.