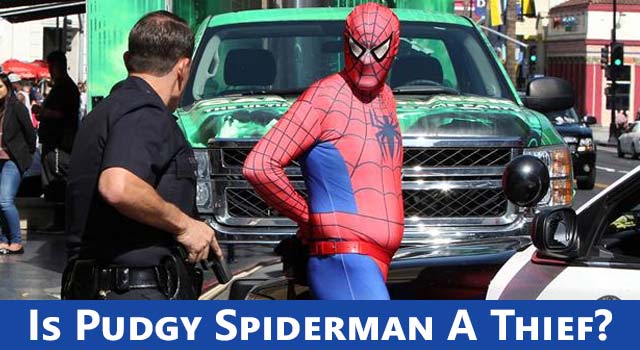 By now, we've all heard about the child-abusing Cookie Monster in Times Square and the Elmo impersonator who went on an anti-Semitic rant outside of a New York City toy store; and it sadly it appears the rampant corruption of fictional characters has spread to the west coast as well.

Police in California are searching for a "rogue Spiderman" who stole more than $6,000 worth of cash and credit cards from a tour bus employee in Hollywood. There's no word on why Spidey would need the cash; one would assume it's because Peter Parker's day job as a photographer with the Daily Bugle just isn't paying the bills these days. Police are reportedly rounding up all the Spidermen in Hollywood for questioning, but according to reports, Batman, Superman and Wonder Woman are already teaming up to solve this case.

The most interesting part of this story? The foreign news report, complete with a campy CGI re-enactment of what happened: