Ok people, have you ever heard of the Zombie Walks? According to the World Zombie Day website, the walks are "a day when all fans of zombie culture can join together in an international effort to alleviate world hunger. At all World Zombie Day zombie walks, participating living dead are encouraged to bring a non-perishable food item donations for local food banks." That sounds good and all, but lets get serious; the real reason people do this is so they can dress up like zombies and walk around cities all over the world without being institutionalized. 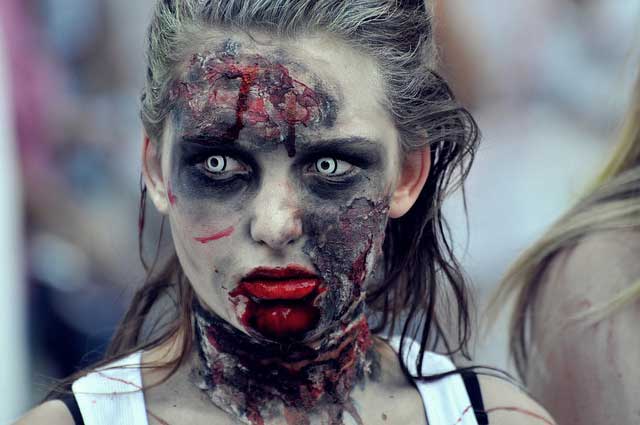 Here's the problem...Dublin, Ireland may have taken the title of the world's largest Zombie Walk from the United States. Now if there's one thing that is always going to be "Bro Council, Approved" it's pride for our country (even though I'm proud of my Irish heritage, and we still love Sweden). So here's the breakout:

This is a matter of national pride, people. Who's going to organize the record setting event?