Inspiration Of The Day: Marcos Ugarte 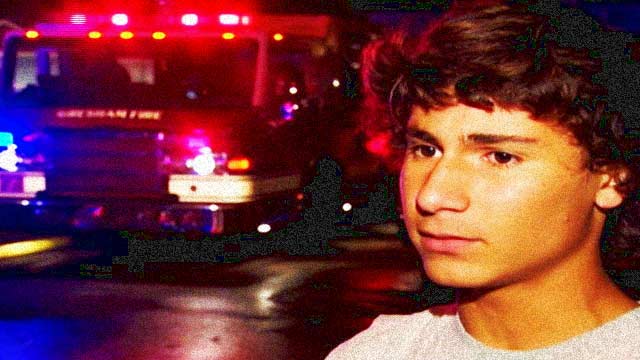 I was listening to the radio yesterday morning, when I heard this story on a morning show, and I'll admit it made me cry a few girl-bro tears, but it's definitely worth sharing. If Bro Council gives a Man of the Year Award for 2012, Marcos Ugarte is definitely in the running. On Monday night, 14-year-old Marcos, was sitting at home with his dad when he they heard yelling coming from up the street. Not knowing their neighbors, the Ma family, they assumed it was a family argument they should leave alone. That's when Marcos noticed the flames coming from the house up the street, and both he and his dad, Eduardo jumped into action to help.

They soon discovered that an 8-year-old boy was still trapped inside the house. Eduardo attempted to get Cody Ma, who has ADD and had locked himself in his room out of fear, out, but couldn't get through the locked door. So, without hesitation, Marcos grabbed a ladder from the Ma family's backyard, climbed up to the second-story, broke through the little boy's window, coaxed him out, and climbed down the ladder with him. The boy was treated and released for smoke inhalation, but thanks to Marcos, he wasn't seriously injured.

Eduardo told local and national news stations that Marcos has spent much of his life helping to care for his two young brothers, who both have kidney failure, and that in his eyes, Marco has always been a hero. "I hope that he would perhaps through this recognize that God has a purpose for him," Eduardo told ABC News. Alex Ma, Cody's father told ABC News and local KATU-TV that he believes Eduardo and Marcos are his son's "heroes" and that he'll "never forget their names."