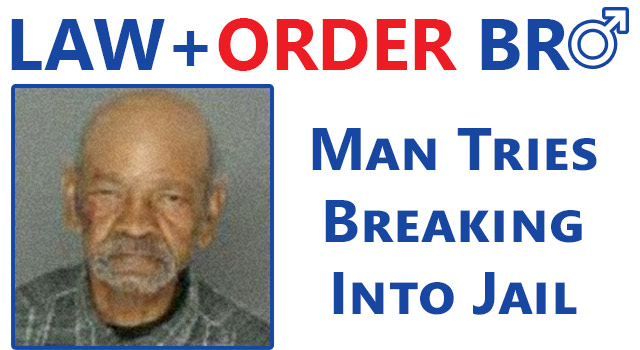 On par with "man bites dog" and the Philadelphia couple who stabbed each other over American Idol is the newest stupid criminal story; "guy breaks into jail."

On Independence Day, 73-year-old Deuene Hickman of Pittsburgh was apparently all hopped up on hot-dogs, fireworks, and American freedom when he decided to (illegally) follow a jail nurse into the Allegheny County jail. He was caught shortly after 10 p.m, found with several knives in his pants, and charged with criminal trespass, aggravated assault, disorderly conduct, recklessly endangering another person, weapon possession, defiant trespass and (unsurprisingly) public drunkenness. He's currently being held on $10,000 bond and the county police were kind enough to give him a ride directly to the very jail he was trying to break into.