The Weaponry Of A D-Day Paratrooper 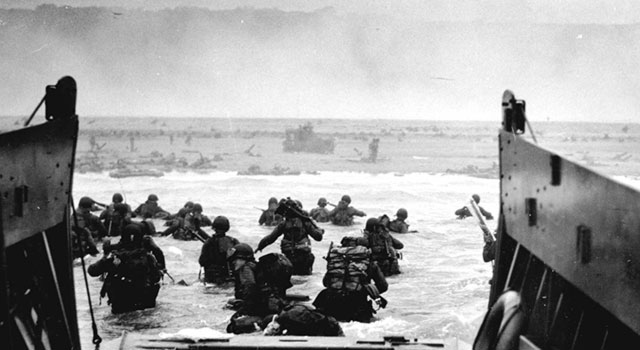 Today is the 68th anniversary of D-Day. If you don't know what D-Day is, please go watch Band of Brothers or Saving Private Ryan immediately. Or better yet, pick up a history book about it. Here are the basics though:

The Normandy landings, which started with "D-Day" on June 6, 1944, were the landing operations of the Allied invasion of Normandy, France during World War II. There were two phases of landings: an airborne assault of 24,000 British, American, Canadian and Free French airborne troops shortly after midnight, and an amphibious landing of Allied infantry and armoured divisions on the coast of France starting at 6:30 am.

General Dwight Eisenhower and General Bernard Montgomery oversaw the campaign, and it was the largest amphibious invasion in world history. In total, over 130,000 troops arrived on D-Day and more than 1,000,000 troops participated in the weeks following. Many men gave their life for freedom that day, and we can not begin to express how much we appreciate their efforts.

Wired has posted a great article about the gear, gadgets, and weaponry that a paratrooper would have had on D-Day. Check out the link below, and also a short video from the History Channel recapping the invasion.

And most importantly, thank you to all of those who served at Normandy.