Baseball Catch Of The Year (So Far) 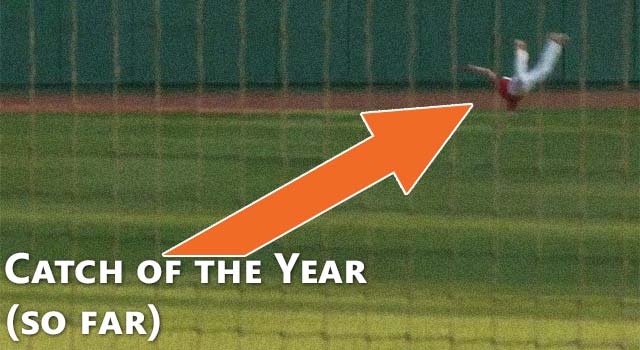 By now, we've all seen 1,001 new baseball "catches of the year" and most of them look the same since there are only so many ways you can dive and catch a ball. Most of those don't include a somersault like the catch that North Carolina State's Brett Williams had though.

Not only did Williams make the catch, but he immediately popped off the ground, puffed out his chest, and made the crowd think that it was easy. The only thing that could have made that more impressive would have been a well-timed mic drop.

To top things off, Williams was playing in his sixth game back from a torn ACL.