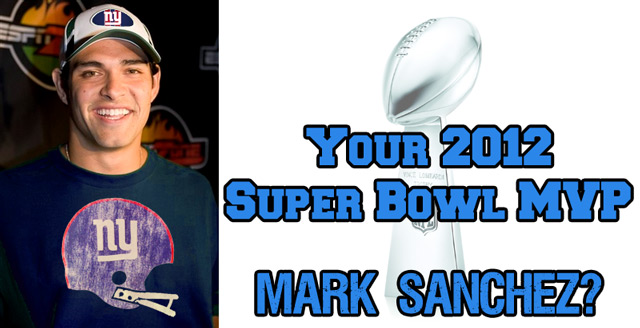 A quarterback named Eli Manning just led his team to the Super Bowl and won his second Super Bowl MVP. Right? I thought that was the case before I saw this video. If I remember right he has become pretty popular and well known. Oh well, maybe everybody in the US doesn't know who he is. But if you don't...maybe you shouldn't attend the Giants Super Bowl parade.

You see, this woman somehow got Mark Sanchez confused with Eli Manning. I think she should take Jamie Foxx's advice and blame it on al-al-al-al-alcohol.