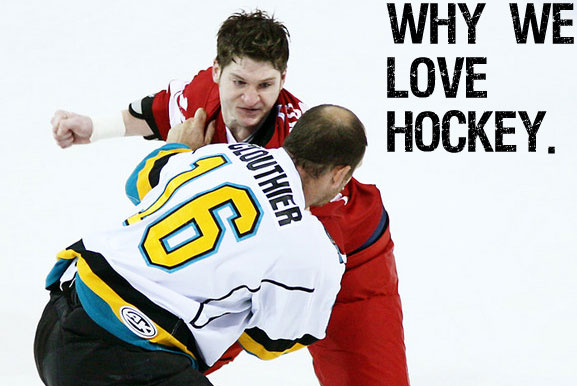 In all fairness, it wasn't the first time these two ran into each other. Their teams, the Allen Americans and Texas Brahmas, are in-state rivals in the Central Hockey League. And they had fought four times before this one. Oh, and they fought again 5 seconds after they got out of the penalty box from this scrum. Amazing.

Unsportsmanlike penalties at 0:00 of the game? Yes, please.