Jim Harbaugh Was On Judge Judy 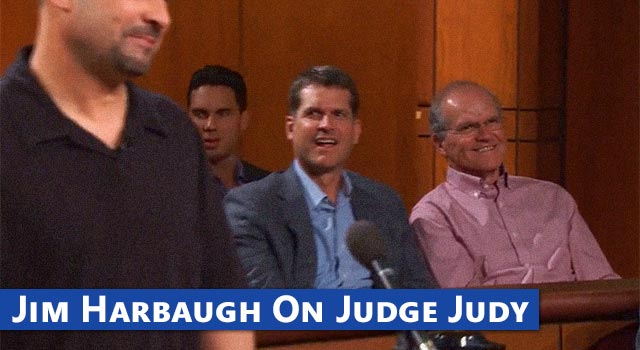 Jim Harbaugh is the coach of the San Francisco 49ers, the brother of fellow NFL coach John Harbaugh of the Baltimore Ravens, and he is also very often filled with rage when he's on the football field. Lucky for Judge Judy and her fake bailiff, he was pretty hapy during a recent taping of their show.

Actaully, now that we think about it, Judith Sheindlin would probably make a great special teams coach. She loves yelling at people, and she's smart enough to think of some new routes for the tried and true kickoff coverages.