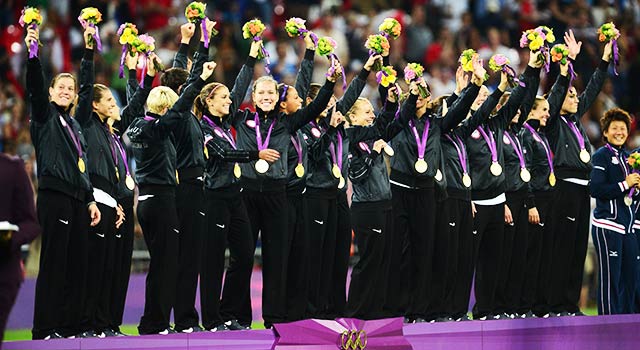 There are three days left in Olympic competition, and Team USA is pulling away with the lead over China. Thanks to the U.S women's soccer team, two decathletes, and a 17 year old boxer all winning gold, the US of America now has 90 medals and 39 of them are gold. China is in second with 80 total and 37 gold. Russia is in third place, but there's no way they could catch up.

There are still a few track and field events that the Americans are favored to win, and of course the Men's and Women's basketball teams are expected to bring home the gold as well. With a diving gold a possibility, and a wrestling gold on the horizon with defending world champion Jordan Burroughs wrestling in the 74 kg weight class, the Americans should be able to lock up the victory.

Only a few more days until the closing ceremonies and the final counts, but that medal count sure does look great: