Mr. T Calls A Bo Jackson Play; And It's Awesome 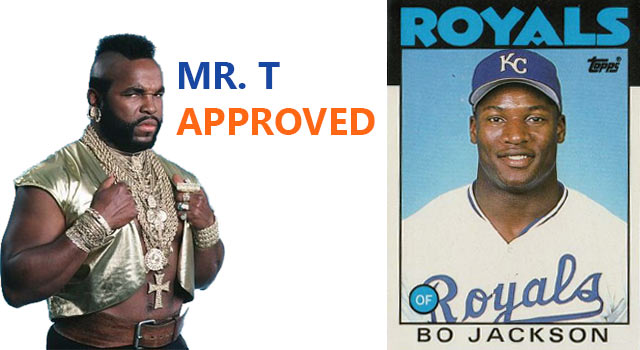 It was May 4, 1993, and Chicago White Sox outfielder Bo Jackson was playing outfield while Mr. T was in the press box with the announcers. Dave Nilsson was running home, and Bo had a throw from the outfield to the plate to try and get him out. Mr. T couldn't control himself, and we have a rough transcript for you below. T's response went something like this:

It wasn't the best play-by-play ever, but he's still better than Cris Collinsworth. Check out the play below.