Reason #5,900 That Joe Flacco Is No Peyton Manning 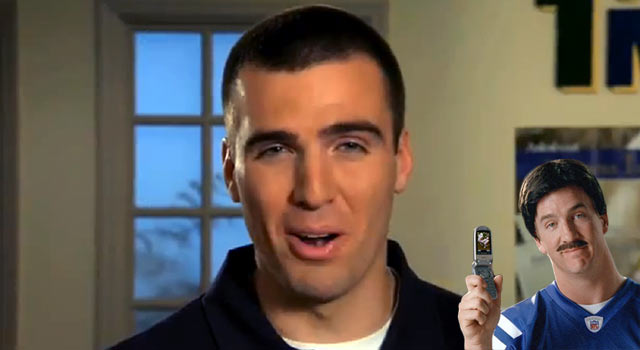 In this new commercial, 1st Mariner Bank spokesman Joe Flacco, tells us what he thinks about sending the money from his newly signed (and grossly overpaid) contract to a bank that isn't based in Baltimore.

The Raven's quarterback doesn't like Buffalo, but he really doesn't like Pittsburgh. You can tell that he doesn't because he has a slightly different tone of voice and his eyebrow moves when he talks about them.

Congratulations on the NFL contract Joe, but no one is ever going to consider you an "elite" actor anytime soon.

Check out the Daytime Emmy worthy commercial below.